“We believe that education is the driving force of the future, and a key to attaining long-term energy supply security for China,” said Mark Wheeler, president, COPC, an energy company with a presence in China for more than 37 years. “In support, we have developed diversified corporate social responsibility programs, such as the Love and Light program, to enhance access to elementary education and support talent cultivation in vital areas of study.”

As part of the 2018 FUTURE project, more than 70 research teams from 10 targeted colleges and universities nationwide will be invited to participate. They will conduct research on China’s substantial unconventional oil and gas production potential. The overall aim – with support from COPC – is to identify innovative solutions for tackling the associated technological challenges, while also meeting stringent environmental standards.

The teams will submit research proposals for evaluation by academic advisors from partner schools along with industry experts. The proposals will receive scores based on research originality, technical content, applicability and environmental sustainability. The eight teams whose proposals have the highest scores will participate in the FUTURE China National Competition held in Beijing on Aug. 10, 2018. The final winning team will be invited by Enactus to participate in its UN Sustainable Development Goals Forum, and will present its ideas on how China can meet its energy goals. The Forum will take place during the Enactus World Cup Event in San Jose, California, in October. 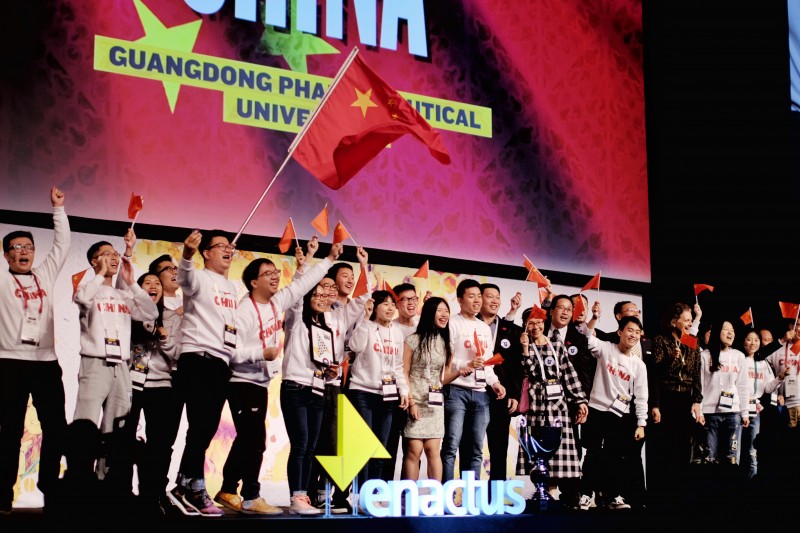 “COPC has supported the FUTURE program in past 4 years, and by now dozens of promising graduate students and their academic advisors have received financial support for their research studies and career opportunities through the program,” Wheeler added. “What’s new this year is our focus on building in-campus’ innovation capacity, providing support for students to study and research unconventional development, and displaying their innovation on the world stage,”

Throughout the oil and gas industry’s history, oil and gas exploration and development primarily focused on conventional resources, which had been easier to recover. With those resources gradually depleting, unconventional resource development (including from shale rock) has emerged as a solution to meet growing world demand and secure future energy supply. The UN Sustainable Development Goals clarify the objectives and timeline for speeding development of future global energy supplies while reducing carbon intensity. Given China’s growing economy and rising energy consumption, its government’s “Thirteenth Five-Year Plan” establishes a goal of strengthening development of unconventional and offshore oil and gas resources as part of a clean, low-carbon, safe and efficient modern energy system.

China is making progress in unconventional resource development, and to help meet the associated technology and environmental needs is seeking to cultivate the innovation and skills of its people.

“We are very excited to establish this partnership with ConocoPhillips China,” said Enactus China’s General Manager Cathy Ren. “By leveraging COPC’s technological capabilities and industry expertise in the energy field, we are able to create a significant project that will inspire innovation among our younger generations, contributing to China’s critical role in global sustainable development.”

ConocoPhillips is the world’s largest independent E&P company based on production and proved reserves. Headquartered in Houston, Texas, ConocoPhillips had operations and activities in 17 countries, $73 billion of total assets, and approximately 11,400 employees as of Dec. 31, 2017. Production excluding Libya averaged 1,356 MBOED in 2017, and proved reserves were 5.0 billion BOE as of Dec. 31, 2017. For more information, go to www.conocophillips.com.

Enactus is a community of student, academic and business leaders committed to using the power of entrepreneurial action to transform lives and shape a better, more sustainable world. In China, Enactus established its Social Innovation Program in 2002. After 16 years of operation, and with the support and partnership of over 50 corporations, Enactus China now has 286 universities from 26 provinces or municipalities (including Hong Kong and Macau) participating in the program. For more information, go to www.enactuschina.cn.