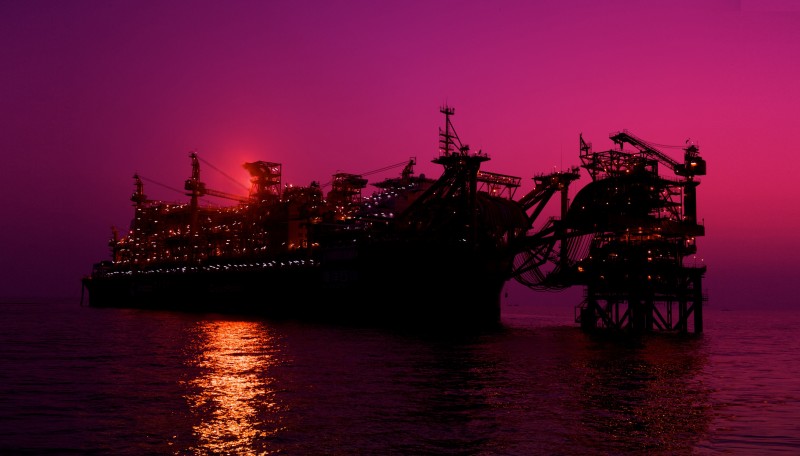 The Penglai Oilfield sits in Northeastern China’s Bohai Sea, China’s largest offshore oil and gas production base. In 1999, the Penglai-19-3 field was discovered through the joint efforts of ConocoPhillips China and CNOOC. Given complexities of the Bohai Sea, ConocoPhillips and CNOOC decided to employ a phased development approach to the project.

The first phase, the early oil production project, came on stream at the end of 2002, through Wellhead Platform A and the Ming Zhu Floating Production, Storage and Offloading (FPSO) vessel. Gathering requisite information about the reservoir, water-flood patterns and the drilling and oil processing techniques prepared us for a successful and safe project and gave the project partners the confidence to embark on full field development.

First oil from Phase 2 was produced at WHP-C and delivered to Ming Zhu FPSO in July 2007. Six additional platforms and one of the world’s largest floating production vessels Peng Bo were constructed in Phase 2. At peak, the construction of the Phase 2 project involved over 8,000 workers in 12 locations in 5 countries, making it a world-class operation in China, both in terms of technological complexity and productivity.

In 2014 ConocoPhillips entered a new era of collaboration, as operational control of the Bohai Penglai Field was transferred to CNOOC Limited per the terms of Production Sharing Contract (PSC) 20 years after the original Bohai PSC was signed. Later that month, the newest phase of field development began when Chairman and CEO Ryan Lance approved the first new platform to be installed since the Bohai Phase 2 project was completed in 2010.

We are honored to help China develop such a sustainable world-class operation. It is reassuring that the project will continue to make contributions to secure energy supplies for the Chinese economy.